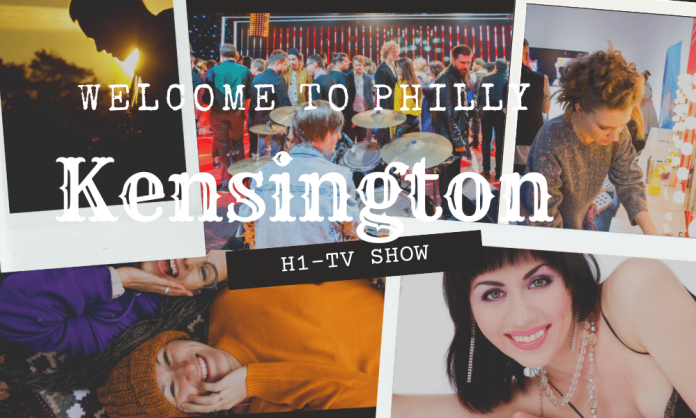 The therapist’s office is a popular setting for a lot of modern shows, and it’s no real surprise since it’s an experience that many of us can relate to on some level. Maybe that’s what makes shows about therapists so interesting: The idea that someone can help us untangle our twisted, modern lives and assist us in finding a way to make sense of the world is always a compelling theme. Perhaps that is what inspired Michael Marc Friedman and Matt Ferrucci, the creative team behind the new show Kensington, a dark comedy that combines the day-to-day concerns of a “fish out of water” therapist and his blue-collar clientele that draws on Friedman’s own personal history. 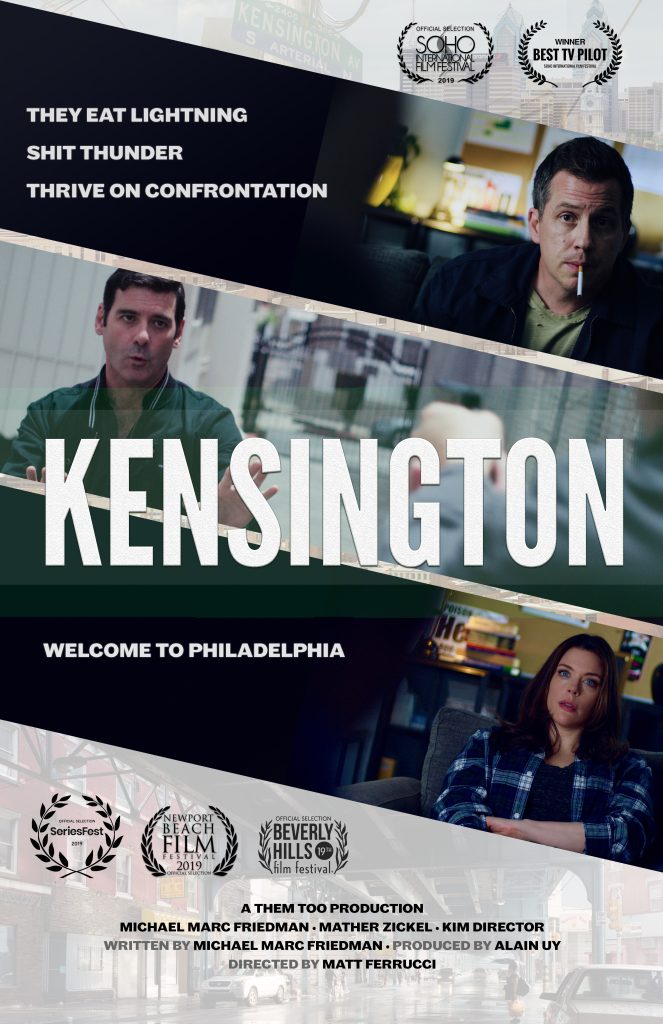 The title of the show Kensington takes its name from the tough, crime-riddled neighborhood in North Philadelphia that is the new home of therapist Doug Harper played by actor Mather Zickel (“I Love You, Man”, FX’s “Better Things”). His character Dr. Harper grapples with changing expectations as he’s forced to relocate his practice from a swanky uptown office to a blue-collar neighborhood. Many of his working-class clients are skeptical of his therapy practice and relegate it to “something that rich people do with their money”. Dr. Harper has to navigate the divide between himself and his new community while finding a way to reconcile his expectations of what his life should look like at this stage. Set in Philadelphia, Kensington draws extensively from native Michael Marc Friedman’s own experiences growing up there. “Philly is home to a unique group of people that outsiders will never fully understand. There’s something undeniably beautiful about an entire population that embraces their harshest stereotypes with open arms,” said Friedman, who wrote and stars in the project. Directed by Matt Ferrucci, Kensington also stars actress Kim Director who plays Shay on the HBO series The Deuce. This is not the first outing for Friedman and Ferrucci. They previously collaborated on Companion, an award-winning tv pilot that was a huge hit on the festival circuit in which Ferrucci directed and Friedman starred. “To be able to independently create these shows and have them recognized like this is incredibly gratifying,” said Ferrucci. “We can’t wait to make more and have people see them.” So far, Kensington has received an excellent reception from audiences and critics alike, winning Best TV Pilot at the SOHO International Film Festival in New York City. Since then it has gone on to screen at the Beverly Hills Film Festival, Newport Beach Film Festival, and most recently at the acclaimed television festival SeriesFest: Season 5 in Denver. The extended show will focus on Dr. Doug Harper and his revolving door of blue-collar clients as well as him trying to fit into this dysfunctional neighborhood that is seemingly trying to push him out. Ultimately, Doug becomes so engrained in the culture and politics of Kensington that he can’t get out even if he wanted to. Given how therapy is such a hot topic in both popular media and otherwise, “Kensington” promises an innovative take on the subject that should prove insightful and entertaining.

Why Was Sci-Fi Western Cowboy Bebop Canceled After Only One Season?

Debbie and the Devil by Director Naz Red

Copyright ©. The Plus Los Angeles. All rights reserved.